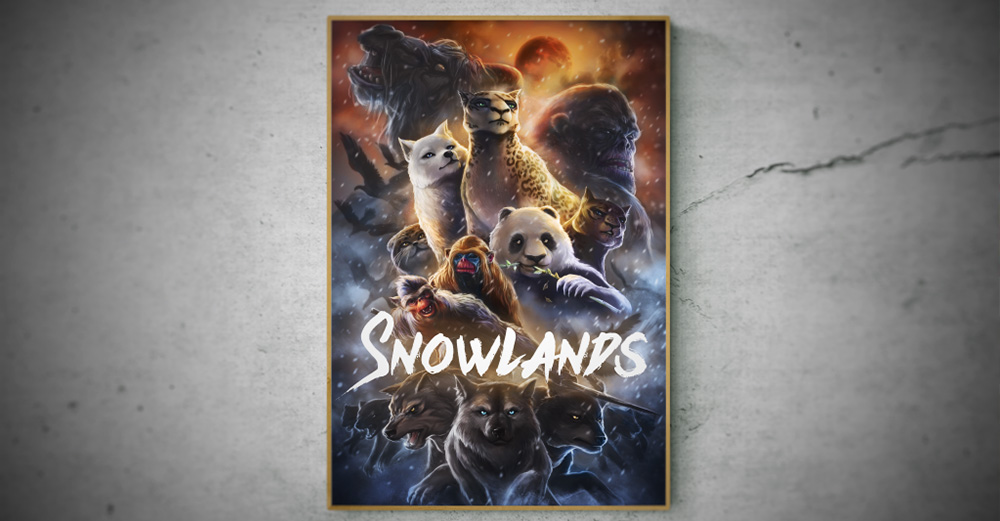 We recently posted a teaser reveal for our next project – Snowlands. Here it is in case you missed it:

But before we get into the film, we need to go back a year or so.

It was the beginning of 2018. We just released our third animated short Tasteful, and I was going through the festival rounds.

I was taking it easy, not jumping to the next project just yet, and instead focusing on our course platform. Adding more courses, improving the infrastructure, etc.

A few months later, I started thinking about the next step.

What’s the next step?

My first instinct was to make another animated short. It seemed like the natural next step.

But what’s gonna be different about that one?

Oh! What if we make it LONGER? Like 20 minutes long, with a bigger team!

And at that point I had to ask myself – what was the goal of making these shorts to begin with?

My first short was done as part of my school education.

My second one was made so I can document the process of making a film, to establish Bloop Animation’s authority.

My third one was a bigger version of that, bringing-in a team and managing over 10 artists, and also documenting the process.

So what would the forth one be for? And then I went back to this question:

What is the original goal of Bloop Animation Studios?

And the answer is – make animated films.

That means that at some point, if I really want to go for it all the way, I will have to tackle the idea of making a full-length animated feature film.

The problem with making an animated feature film is that, unlike live-action, you can’t pull one off with $5000 and 4 of your friends. There’s simply no way to make a CG feature film on a tiny budget.

Not only that, but even with a large budget, it will still take a few years to complete.

There was simply no point in not going for it anymore. Making more shorts at this time will not benefit me, or my audience, like it did in the past.

So the only option was to try and do it.

I then had to outline the steps required for making this happen.

The steps are actually fairly simple. Not easy, but simple:

There’s, of course, many variations to the path, and each of step is incredibly challenging, but at least there was a general path to go through.

Oh yeah, I kinda glazed over that fact, but for the first time since starting Bloop Animation I will need to look for funding.

It’s something I would have loved avoiding. The studio has always been profitable and self-sustained, but for something as big as this (which will require over $10m dollars) there was simply no way around it.

Back to the steps…

What I knew for sure is that none of the steps mattered if I didn’t have an amazing screenplay. So that would have to be my main focus.

If you were wondering what I’ve been doing since finishing Tasteful – that was it.

But since I’m a thorough person, I first had to learn how to write a screenplay. So that’s what I did.

For the past year or so, most of my time was invested in just that.

I crammed about 4 years of writing eduction into one.

Why the radio silence?

Honestly, it was because I didn’t know if I could do it. Writing this script was the hardest thing I ever did professionally. It was an excruciating process.

At certain points I didn’t think I’ll make it, and didn’t wanna announce something that won’t end up happening.

I actually did quit it a few times.

But now it’s almost finished and I’m very happy with it. I think it’s close enough for me to announce it, so I have.

When can you see any of it?

Here’s the bad news. The process of making this film will most likely take about 5 years, and that’s if everything goes amazingly well.

But the good news is that once production actually starts I will have a team dedicated to documenting the process. Actually having them with us in the studio, posting every week or so, showing you what’s it like from the inside.

It will be the most transparent making of an animated film in history.

But I’m getting ahead of myself (:

Back to the steps

There’s still a lot of work to be done. When the script is finished I will need to start arranging meeting after meeting, pitch after pitch, looking for a studio or distributer to finance the production.

It will be a long and difficult process, one that I don’t know how much I’ll be able to share.

But for now I would like to at least talk about the process of writing the screenplay in more depth, so once I finish it (in the next few weeks) I will tell you all about it.

I will tell you about the story, the characters, and whatever I can without spoiling it.

This is going to be, by far, the biggest thing Bloop Animation Studios (as well as myself) has ever tackled.

It helps knowing that you guys are out there. Feels like someone is going through this with me. Your comments on the poster were very positive, and that gets me even more excited.

Thanks again for following our work, and I hope for another update real soon.