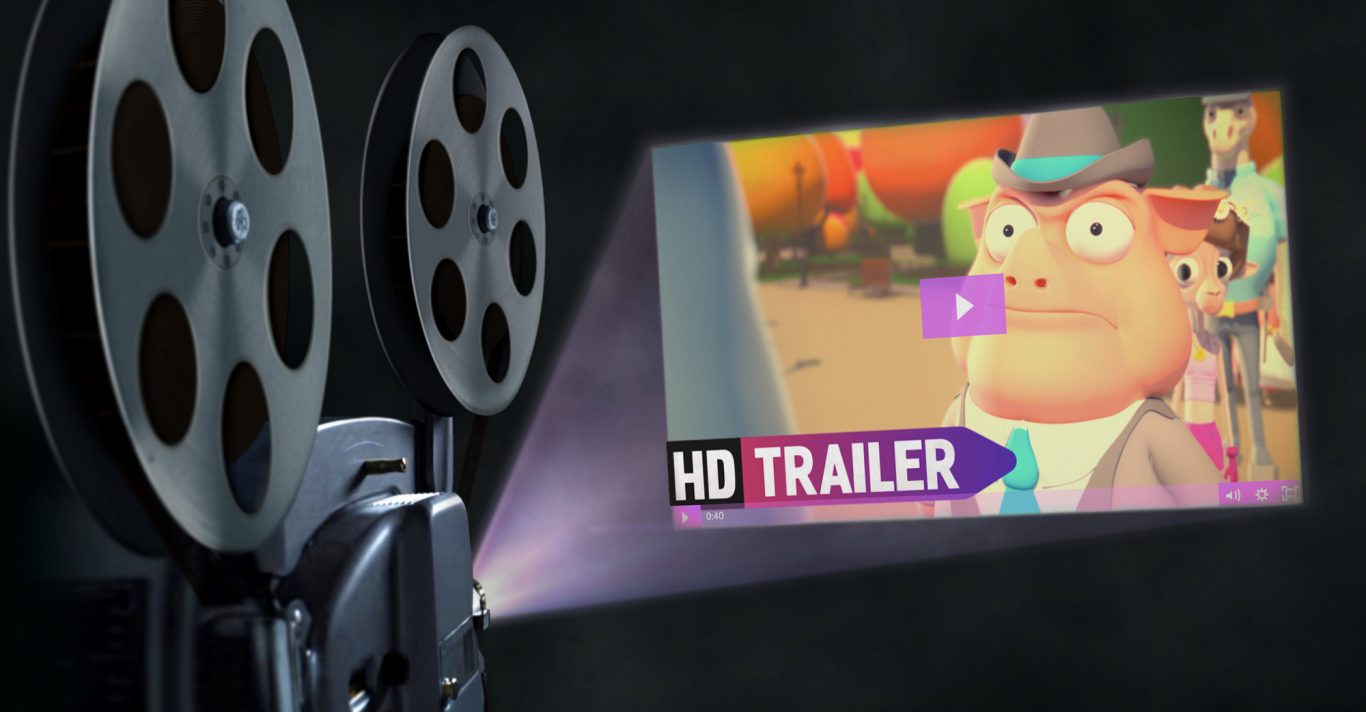 In this post I will cover my process of creating the trailer for our latest animated short film Tasteful. Before you keep reading I suggest watching the trailer (it’s only 39 seconds long).

The first thing I did, believe it or not, was ask our composer, Galo, for trailer music. A music track for me to base the trailer on.

It’s not the most common approach to trailer-making, but I didn’t want to plan the way the trailer looked in advance, but instead let our composer create something cool (that goes with the musical theme of our film) and then while listening to it I would visualize what the trailer would look like. I was aiming for a 30 seconds trailer, as anything more than that will be a bit funny for a 3 minute short.

These were the only restrictions I gave the composer:

And he delivered on the first try.

I listened to it and could immediately imagine what the trailer would look like. Then I slapped the track on a Premiere timeline and got to editing.

From the creators of…

My first debated was whether or not to include the “From the creators of..” schtick a lot of trailers have. I decided to keep it in case people who watched our other films ran into the trailer, plus I thought it helps brand perception. Now that we have a couple of films under our belt, why not push it to make it feel like a trailer for a “real” movie?

Since these were all super short films, though, I couldn’t cover them for too long. My first editing challenge was how to show our previous 2 films as quickly as possible, so they don’t take too much of the trailer, but also make sure people can still read their titles.

I tried a bunch of timing options and showed it to people to make sure it’s on for enough time to read it, but not a millisecond longer. I then overlayed a bunch of light leaks on top of the title transitions to make them more interesting, and then we cut to some film footage.

I tried using as many impact shots from the film as I could, but ones which don’t spoil anything of the plot.

Luckily there were a ton of moments in the film where things hit something. I timed the action hits with the musical hits and made sure I go back and forth between the two main characters. I also made sure the moments I show escalate over time in the trailer, starting with rather mild hits going all the way to food flying around, hitting characters in the face.

I ended with the name title, as well as the release date, with more light leaks overlaying the transitions.

Bad typography is one of the first things that give away an amateurish trailer. Picking a good font for your titles is something many people mess up, and it’s because pairing fonts together tastefully is hard. When I need good typography ideas I Google good font combinations for inspiration. Often, using a combination of bold and thin fonts works very well, and that’s what I went with.

Keeping the titles moving is also important, but make sure you don’t stay on a title for too long. Beginner editors have a tendency to edit really slow, giving a lot of time to each shot. That comes from lack of experience and confident, worrying that the audience wont have enough time to read or watch whatever it is you’re showing.

Give them more credit. Cut fast, end title shots as soon as you can. Even sooner than you think.

That tip goes for the rest of the trailer edit. Make sure you cut really fast from one shot to another. Don’t worry about people understanding everything that happens in each shot, but instead think of it as trying to convey the feeling of the film.

In my case it was very chaotic, and you can’t really keep track of what happens, but that’s ok. The film is about this crazy war between two food vendors, and it gets really messy. So that’s what I wanted people to feel when they watch the trailer. A lot of food flying around, a lot of reactions.