What is an animatic?

Simply put, animatic is an animated storyboard. Boards are brought into an editing program and are cut together with the correct timing and pace of the film. They include basic sound effects, dialogue recordings and scratch soundtrack.

You can watch this video tutorial, or keep reading.

What is it used for?

Similar to storyboards, animatics are used for pre-visualizing the film before production starts. Animatics are extremely important for making an animated movie, since they let you see what the movie might look like for the first time. This is when you first get a sense of the pacing, the rhythm and the progression of your film.

This is also the last step before going into 3D, so it’s important to make sure that no more story changes are needed.

What software should you use? 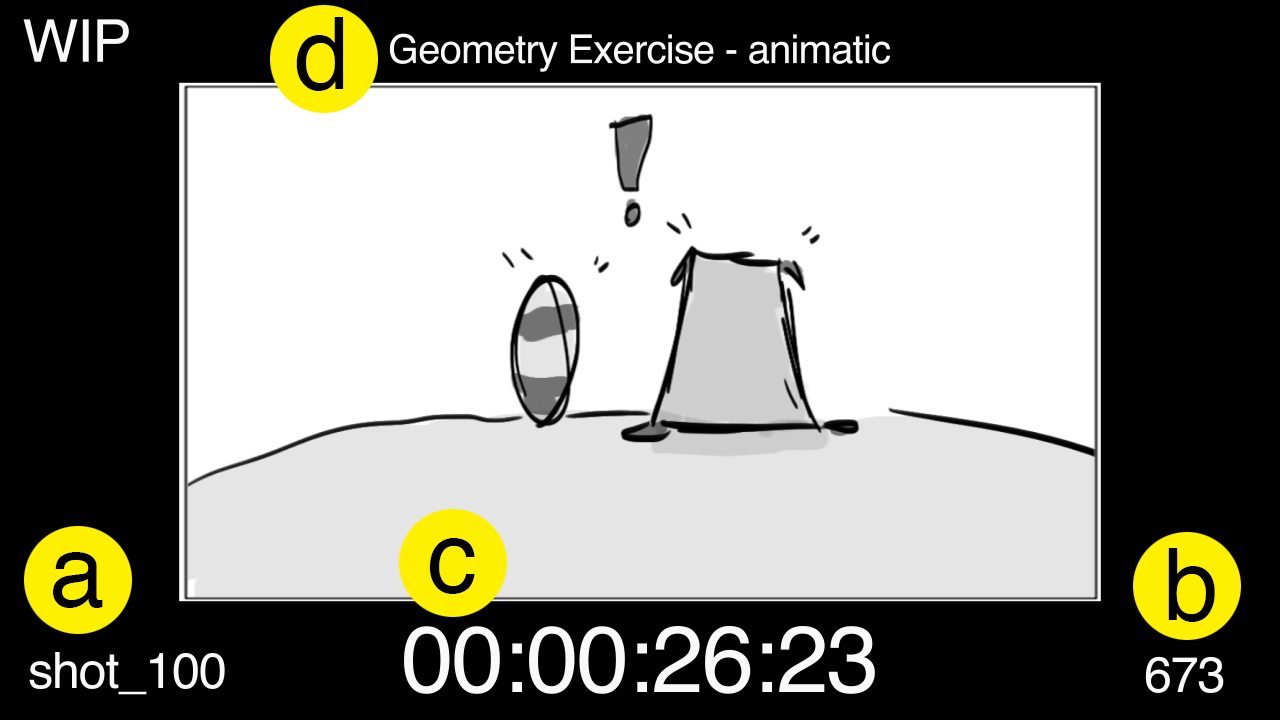 My template: (a) shot numbering (b) current frame (c) timecode (d) name of the project

If you don’t know how to use After Effects you can check out our After Effects Animation course. While it focuses on creating animated videos, you can still learn a lot about how to work with After Effects.