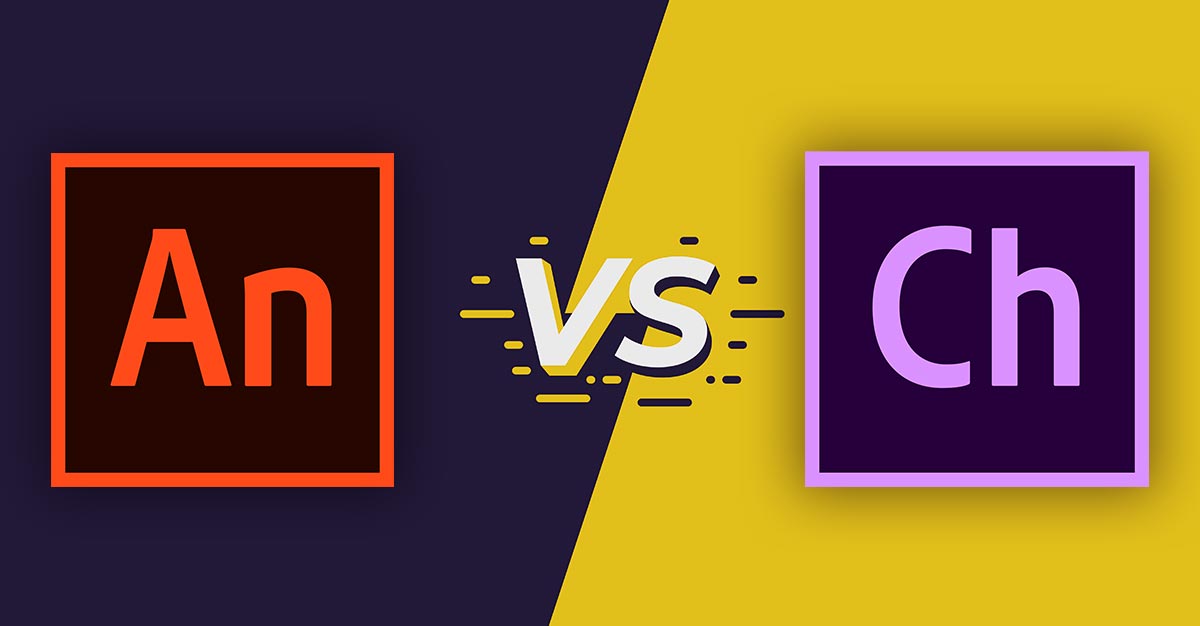 It’s important to understand the differences between these programs, because they offer very different feature sets and represent different approaches to making animation.

In other words: Animate CC vs. Character Animator. Which one should you choose?

Character Animator excels and is better suited than Animate CC in a few different scenarios.

Character Animator doesn’t have the ability to draw frame-by-frame animation. You can import sequences of animation frames that you can incorporate into your Character Animator projects, but those would need to be prepared in some other program.

Animate CC, in addition to being able to draw frame-by-frame, can save time by reusing art work and creating puppets that can be posed without redrawing. You can mix and match animation strategies however you want.

Character Animator is based entirely around creating rigged puppets. By naming the pieces of your character according to Character Animator’s conventions, the program will be able to automatically animate the character using video performance capture.

One big feature that differentiates Animate CC from Character Animator, is that Animate has the ability to publish content for the web. You can create HTML5 Canvas, WebGL, and SVG animations using Adobe Animate. This includes making animations with interactivity like for ads or games. So if that’s your goal you need to go with Animate.

Both Animate CC and Character Animator are only available through Adobe’s Creative Cloud Subscription model. Animate CC can be purchased by itself.

Unfortunately Character Animator is not available individually and can only be purchased as part of Adobe’s All Apps plan.

Remember that you want to pair Character Animator with either Photoshop or Illustrator to make your puppets, so you would need to buy at least one other app anyway.

Animate CC vs. Character Animator - How do you choose?

Who won the Animate CC vs. Character Animator fight?

Choose Animate CC if you want the flexibility to do frame-by-frame animation or if you want the control to custom animate all of your characters' motion and have the freedom to incorporate more character and camera movement, or if you’re publishing web content.