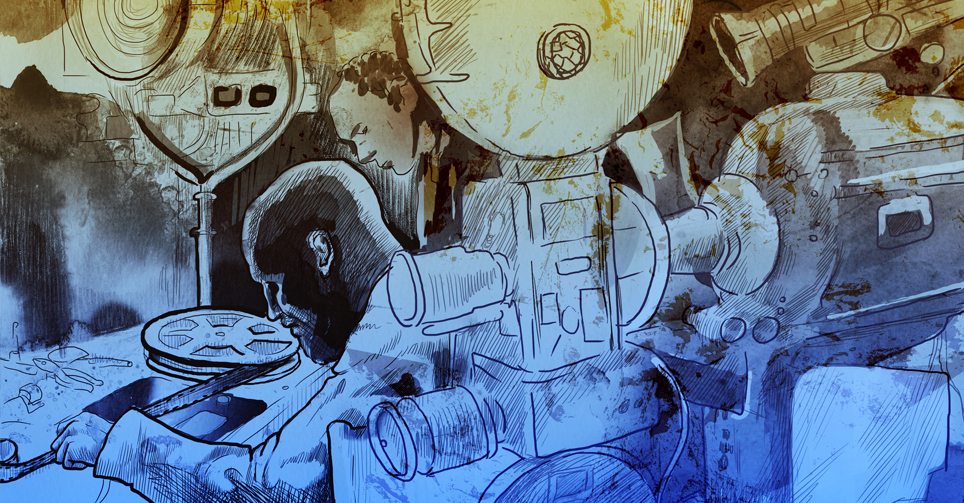 The film is in its final rendering stages, which means it is near completion, but I wanted to share with you something I wrote a couple of months ago, while I was finalizing the previz. I will also share the finished previz at the end of the post.

When I finished the previz, right before jumping into animation, I sent it to a group of hand-picked people I trust. Some were friends and family, not involved in the filmmaking industry, some were writers, some animators and filmmakers, some were my targeted demographic while some weren’t. I wanted to get a good mix of opinions from different people, so that I can make sure I don’t miss any mistakes or things I didn’t think about.

When I got all the feedback, I realized I have a lot of thinking to do, because things weren’t working.

I sat down and decided to write up my feelings, to capture that part of the filmmaking experience. I wrote a title – Tasteful isn’t Working. Then I started writing.

The paragraph below is exactly what I felt at the moment. Don’t worry though, it has a happy ending.

I have just finished the previz for Tasteful. All the characters are done, all the assets are in place, but the film isn’t working yet.

Before I move on I just wanna clarify that this happens every time you make a film. The time always comes when you sit in front of the film and it’s not yet working. I tried to figure out why.

I sent the previz to a few trusted friends an colleagues, and received their feedback. The good news are that the comments I got were pretty much about the same issues. That’s good because it means there are very specific issues that needs to be addresses, instead of just having a bad film on your hands.

The reason I’m writing this at this point of the production, despite the fact that I’m not very hopeful right now, is that I think it’s important for you to read this.

It’s such an important part of making a film, and this moment right now, where it feels like things are just not working out, and you start coming up with new ideas to fix it. Before you know it you end up with a mutation of your film, not sure how you got there.

This moment is something every artist who’s working on a long term project has to deal with. It happened when I did Food for Thought, it happened with LIFT UP.

That is why, despite the fact that it could feel despairing, I’m not really scared. I trust the process. I know that eventually I will be able to solve the film. I will keep revising the previz and talking to people and showing it until it works.

So that’s pretty much it, I just wanted to bring you guys in to a moment in time during the actual production, to one of these low moments where you feel stuck. I expect to figure things out and then spend about a month in animation and a month in rendering, so we really are close to finishing this film. Thanks for your patience, and trust me that I won’t let the film out before it’s really awesome.

I already spoiled the ending, so you guys know that things worked out ok. I worked hard on fixing those issues and figured them out. The previz is finished and the film is working. I’ve already finished the animation stage as well, but today I will be sharing the previz, which does not have the finished animation in it. I hope you like it, and more than that I hope that you get something out of what I shared with you, and maybe next time you’re stuck in a project, not sure if you can work it out, you  remember that if you just keep at it you will.

Please not that this is work in progress, animation is very limited and the film is not rendered.