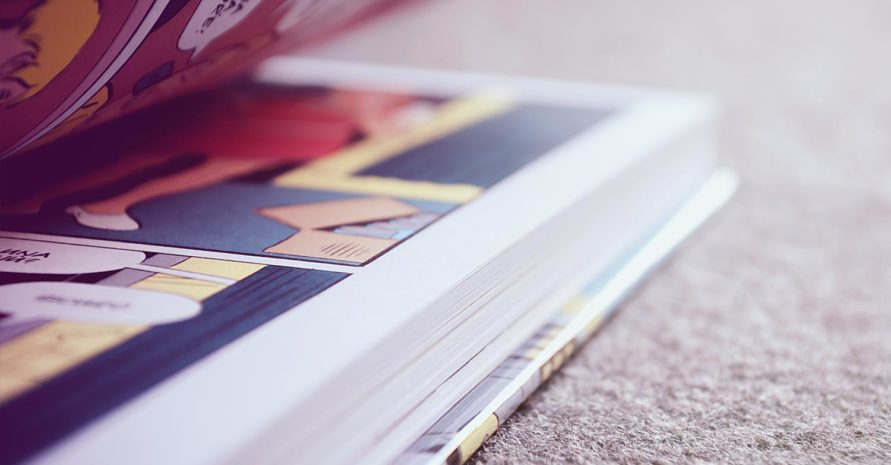 Today I’d like to officially announce the beginning of production on the Snowlands graphic novel.

Snowlands started as the next big project I was working on at Bloop Animation.

After making 3 animated shorts, and documenting the process, I decided I’m going to move on to making an animated feature film. The film would become Snowlands.

I worked on the screenplay for over a year, almost exclusively.

I rewrote it 3 times, and sent it for coverage reviews (highly detailed, professional feedback), until it was ready. When it was ready, I started submitting it for competitions and reaching out for potential partners to produce it.

When COVID 19 hit in early 2020, and the world practically came to a halt, I realized that getting it produced could take longer than I thought. Probably a few years.

So instead of sitting and waiting, I decided there is something pretty cool I could do in the meantime – make a graphic novel version of the film.

I always loved comic books and graphic novels, and making one was a dream of mine. I saw the situation as an opportunity to make something awesome, and also take Snowlands from a script to a REAL thing. Something people can see and hold in their hands.

But there were more reasons to make it into a graphic novel:

It’s a great way to sell a script

Having a completed graphic novel version of a film can drastically improve its chances of getting produced.

It’s like having the entire storyboard ready in advance. Sure, it won’t be the EXACT storyboard used for the film, but it makes it much easier for producers to imagine what the film will look like.

It’s a great way to show your film’s potential, especially an animated film.

It’s a proof of concept

If the graphic novel sells well, it’s a great proof of concept that there’s interest in the story. It makes picking the film a much easier choice when there’s already a fan-base.

If the book is VERY successful, it could drastically increase the chances of it being produced. Having it out there as soon as possible is the best way to start building an audience around the franchise.

It’s a solid plan B

If all else fails, and we can’t get the film produced no matter what, I’d still have a product out there. I’d still have the Snowlands world in front of an audience, and can pivot to making a book series around it.

To me that’s still a great place to end up if I have to. This allows me to add some control to an otherwise uncontrollable situation, in which I’m waiting to get picked by a distributer.

Working on the graphic novel have been extremely fun so far. I get to work with different artists and see my ideas come to life. It allows me to keep things in motion, rather than sit on a screenplay for an unknown amount of time.

Just like I did with our short films, I will try to share as much as I can about the process of working on the Snowlands graphic novel, with as much transparency as I can.

I have a lot to cover about what we’ve done so far. Writing the script, assembling the team, adapting the screenplay to a graphic novel format and much more. Stay tuned for updates.