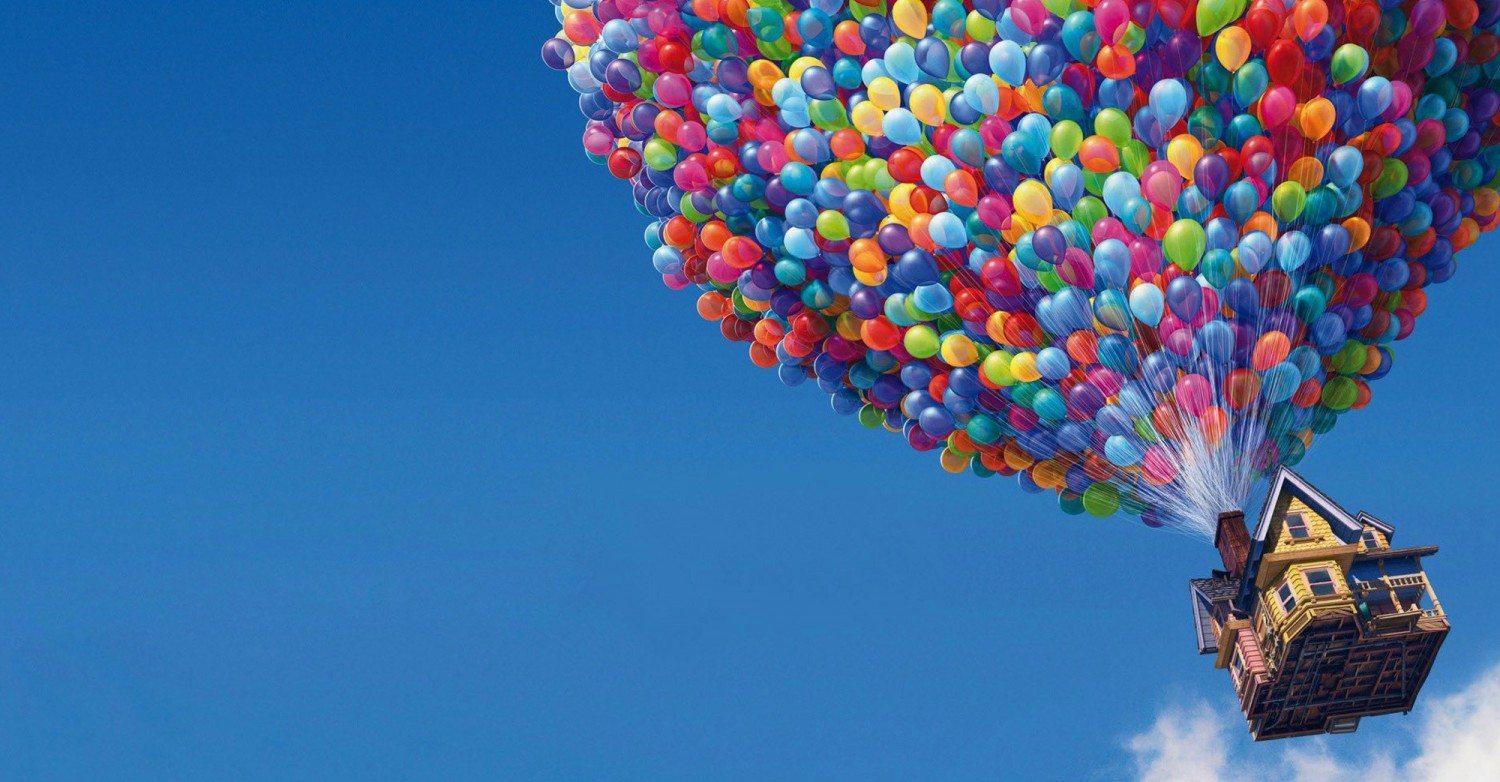 Most of us know Pixar Animation Studios as the established dominating studio that is it today, responsible for some of the greatest animated movies of our time. But the truth is, that this massively successful studio came from very humble beginnings. In fact, on its first few years the studio was consistently on the verge of bankruptcy, losing millions of dollars, even after the success of Toy Story.

In this article I uncover the story behind Pixar, and how founding it was made possible thanks to 3 very different people, with very different talents.

Watch the video or keep reading

The story of how Pixar came to be revolves around 3 major players: An artist, a scientist and a businessman. All 3 working together yet separately to one day find each other and create something amazing.

The artist of this story is a guy named John Lasseter. You’ve probably heard that name. John would become an academy award-winning director responsible for some of Pixar’s greatest films including Toy story, but back in 1975 he was a freshman at a brand new program at CalArts, learning Disney style animation.

The program was taught by industry legends including some of Disney’s 9 Old Men. His classmates included Tim Burton and brad bird, who would later become prolific filmmakers themselves. This was a very exciting and creative environment for an animation student.

During his time at CalArts John created 2 student academy award-winning films, and upon graduation he got his dream job – he was hired by the Walt Disney animation studio.

During his time at Disney, working as an animator, he stumbled upon computer animation, and pitched an idea of making an animated film using computer graphics for the environment and pencil animation for the character. He pitched this idea to the higher ups at Disney, to that they replied: “The only reason we would consider using computer for animation is if it’ll make it faster or cheaper.”

Shortly after the pitch, John was fired from the studio.

At about the same time, George Lucas hired a guy named Ed Catmull to develop a film editing system and a digital sound editing system, all to advance computer graphics and create groundbreaking visual effects for films.

Ed Catmull grew up loving animation, watching cartoons and old Disney film his entire childhood. He gave up his dream of becoming an animator, thinking he wasn’t good enough, and pursue a career in science.

He studied computer science in the university of Utah, where he earned his doctorate, and has made groundbreaking work in the field of computer imagery. He was then asked to run the computer graphics lab in NYIT.

Ed was a brilliant scientist, responsible for some of the most commonly used principles of computer animation such as z-buffer, texture mapping and subdivision surfaces. He basically invented 3D graphics as we know it.

While working at Lucas films, Ed asked John to join his division after meeting him on an industry event. Both having the same dream of one day making the first computer animated feature film, the two hit it off right away, but at that time (1983) that dream was still far away.

Within that small division, John made the world’s first animated short film using computer animation – The Adventures of André and Wally B.

Creating such complex imagery required building a powerful custom-made computer. that computer was called the Pixar Image Computer. Because of the high demand for computer imagery and advanced computer graphics in other industries, the Computer Graphics Division was re-imagined as Pixar.

Still dreaming on making a computer animated full length feature, a dream George Lucas had no interest in, Ed looked for an investor to fund such a huge overtaking, but for a long while there were not takers.

Meanwhile at Cupertino, Steve Jobs who was recently kicked out of Apple, founded his next company, called… well, Next. Steve was one of the prospect investors called to take a look at Pixar, and he decided to invest. He bought Pixar from George Lucas for 5 million Dollars, throwing an additional 5 million to keep the company running.

After the acquisition, the team wanted to make another animated short to establish who they were and stay on the track for filmmaking. John, who loved animating inanimate objects, single-handedly animated a short film about a lamp and it’s offspring – titled Luxo Jr. That short film was later nominated to an academy award and was the first computer generated short to every receive that nomination. The lamp from that film then became Pixar’s mascot.

Despite the massive potential though, Pixar was struggling. They were licensing their rendering software Renderman which became the industry standard for visual effects in films, used in major pictures such as Jurassic Park, but despite that they still couldn’t turn a profit.

They started doing commercials, getting clients like Trident and Tropicana. They did medical visualization, seismic imaging, they sold their hardware (the Pixar image computer) which was very expensive, yet with all their efforts they couldn’t make their product commercially viable enough to sustain themselves.

Steve Jobs was loosing about 1 million dollars every year for 5 years.

Disney, who not that long before had fired John, saw the success of his shorts and asked him to come back and direct a feature film. This was his lifelong dream for John, and he was currently working at company on the brink of bankruptcy, yet he refused Disney and stayed with Pixar, still dreaming to make the first computer animated feature film.

After the success of Tin Toy, the idea of an entire film from the toys point of view stuck with him, and despite refusing Disney not too long beforehand, John knew that if they were to make a fully length film they would need the financial support of a larger studio for marketing and distribution. Disney was the perfect candidate. He pitched them the idea and they loved it.

At that time, animated features had only one style – the Disney style. That style was so established, that when Tom Hanks was asked to do a voice for the film he asked “You’re not gonna make me sing, are you?”

But the people at Pixar wanted to do it differently. They had a set of rules they set for themselves:

This went against everything that was proving to be working in the animation world at the time.

Despite their drive to do something different, Disney executives were at their backs, giving them notes and ideas. They were the experienced studio and they thought they knew what makes animated films work.

After a year of preparation, working on the storyboards and story reels, guided by Disney, they screened the pitch for what would be Toy Story. Disney hated it. It wasn’t funny. it wasn’t moving, Woody was a horrible character. The film was clearly not working. Disney shut down production the next day.

This could have been the end for Pixar.

John, however, did not give up on the story he believed in. Within a period of 3 weeks, with a talented yet small team, he completely re-did the story like he originally wanted to, without all the notes and ideas from experienced Disney executives.

They screened it again, and this time the story worked. Production was back on track.

The film took almost 5 years to make, and in 1995 it was released to become the highest grossing film for that year, making $192 million domestically and $362 million worldwide. The film got 3 Oscar nominations and John received a special achievement award for making the first computer animated feature film.

It seemed like Pixar was in the clear, the studio was now a success and their worries were over, but that was not the case.

There was one big problem. According to the deal they made with Disney, Pixar didn’t have the rights to any of the profits from merchandise and in fact barely made any money from the film. They were still struggling financially. They decided that their only choice was to go public in order to raise capital.

They went on to be the biggest IPO of 1995, exceeding even Netscape, raising $132 million dollars.

Disney wanted to renew their agreement to distribute more Pixar films, and they signed a new contract to produce 5 more films together over the period of 10 years, this time dividing the profits 50/50.

They were still, however, a single success story so far, not sure if Toy Story was just a fluke, so it was their second film that would determine the future of the studio. Luckily, A Bugs life would become the most successful animated film of that year.

The studio started growing rapidly, and their HQ became too small to host the number of people in it. Steve had his eye on a huge lot in Emeryville, and there he designed the new Pixar HQ, based around the idea of open space and unplanned collaboration. A huge space where people from different departments can run into each other, instead of being segregated in small rooms on different floors. In 2000, the Pixar team has moved to its new location and stayed there ever since.

Pixar then proceeded to break its own records time and time again, making some of the most successful animated films in history. But troubles were still to come.

The contract with Disney was up and their relationship went sour. That could have been the end of their relationship, but Disney had the rights to keep making sequels to Pixar films if they wanted to, and John couldn’t bare that thought. It was like having your kids raised by someone else.

Luckily for everyone, the leadership at Disney went through a much-needed change of leadership, and Bob Iger took over as president.

With the goal of reviving the Disney studio back to its glory days, on his first week as president Bob called Steve for a meeting. He wanted to merge the two companies, feeling that Pixar knew something that Disney had forgotten.

This seemed like a horrible thought for the people at Pixar, after their negative experience with Disney, and the fear of loosing their identity was great, but Steve felt that Bob was different, and had the right idea for the future of the two companies. They worked hard for a long time on a contract and in 2006 Disney bought Pixar for $7.4 billion dollars.

That deal made Steve Jobs the largest shareholder at Disney, John Lasseter the chief creative officer of both Disney and Pixar (including overseeing all of Disney’s theme parks), and Ed Catmul the president of Pixar and Disney animation studios.

The studio went on to keep producing hit after hit, winning multiple academy awards and in 2010 Toy Story 3 became the highest grossing animated film of all time.

After years and years of struggle, uncertainty and living in fear of shutting down, Pixar had made it, all thanks to the devotion and talent of one artist, one scientist and one businessman.