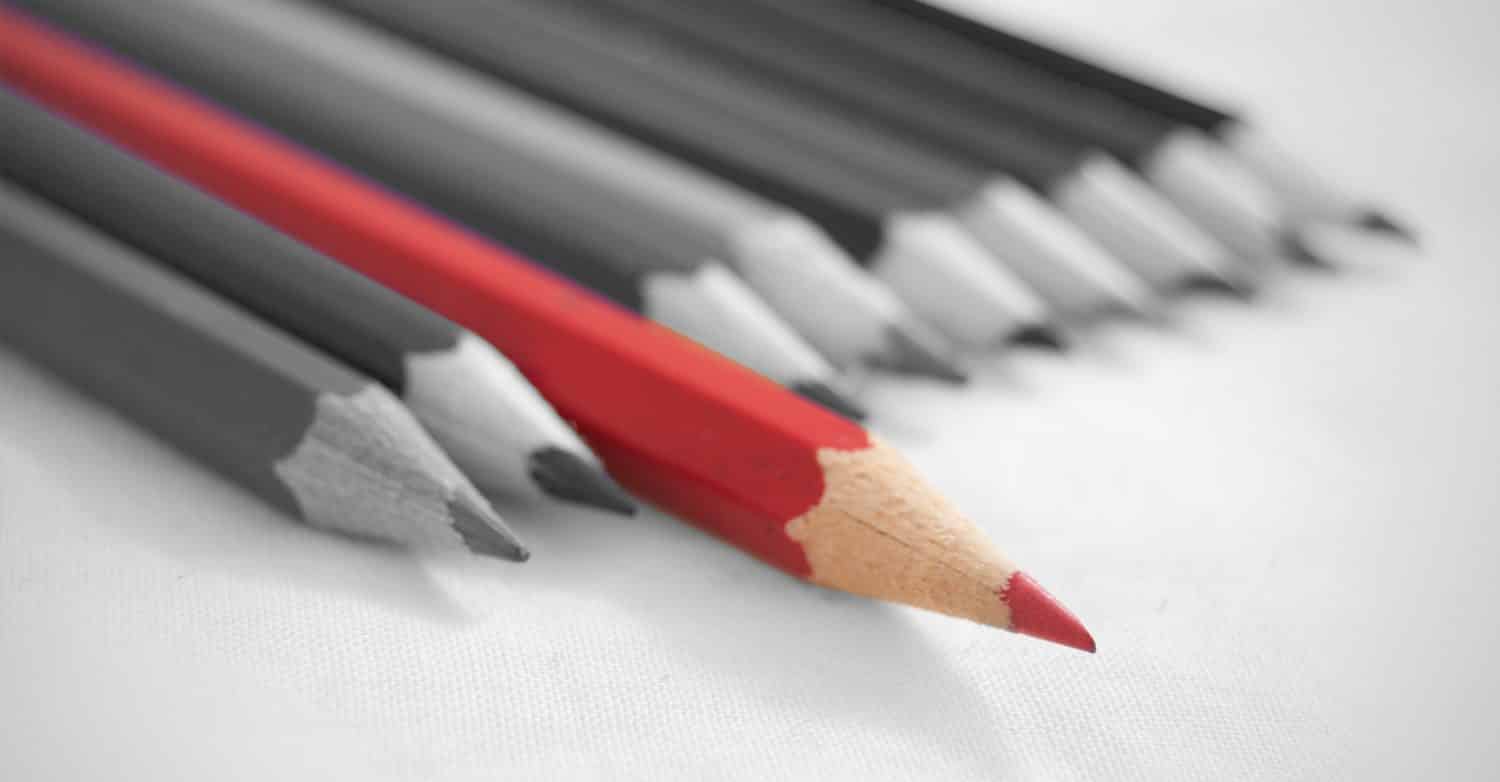 This is a guest contribution by Rusty Gray.

When you drool over someone’s AMAZING demo reel – what are your first thoughts?

And I’ll show you how.

All the evidence, after all, is right in front of your face.

I mean, have you ever taken a close look at these AMAZING reels and dissected what actually blows you away?

Or do you just close the tab and sob all over your keyboard at how unworthy you are?

Don’t beat yourself up – we’ve all pulled a Wayne’s World before (especially studying the Disney masters), but that doesn’t help your reel improve – does it?

You know you’re missing something.

So, if you’re planning on getting hired with your reel – why not switch gears and take a page from the pro-animator playbook.

Let’s reverse engineer what makes these AMAZING demo reels AMAZING and dig past all those generic tips to the root of the problem.

All drool-worthy animation reels excel in at least 1 of 5 areas:

All 5 of these relate to, feed, and hinge upon each other. They are linked.

So, even if you just focus on massively improving 1 aspect, your animations jaw dropping factor will increase 10x times over.

1. Focus on the Real Goal: Entertainment

When was the last time you loved seeing an eye-gougingly boring 2-and-a-half hour movie?

You probably groaned and immediately demanded 2 hours of your life back.

Bad movies are exactly like bad animation reels – they don’t pull you in.

All the powerful moments that should leave you hanging on, wanting more, just leave you depleted and drained.

You’re only left with the joy you get from Facebook notifications, or contemplations about what you’ll be doing when it’s all finally over.

When you go to the movies it’s for entertainment.

You want an emotional thrill, an escape.

That’s what animation is supposed to be about too remember?!

No audience, including recruiters, will give a damn if they are bored to tears. They’ll just close the tab and sprint in dire search for their sanity.

Whether they know it or not.

They go beyond body mechanics.

In fact, in a lot of cases all that’s needed are mechanics that are good enough (not distracting).

Maybe this sounds obvious but I bet you’ve lost sight of this.

It’s quite easy to do, especially during school.

And before you know it, you’ve already spent a year just trying to get a handle on how to move characters well.

It’s no wonder so many aspiring animators forget about the real goal – entertaining the audience.

For this reason, most student reels have:

With his short film ‘Cursed’ – Juba Polati does the opposite. He shows you how captivating an entertaining animation can be.

Of course animations don’t have to be 2 mins long or sport professional dialogue to be entertaining.

While its a not a reel, this test by Carlos Baena continues to make me laugh hysterically every time I see it and it always springs to mind. This is the power of charm filled entertainment. The best version is on his website here: Toy Story 3 Test

Weerapong Jangsombatsiri went all out with heavy action entertainment in this bank heist sequence.

All 3 of these examples are entertaining in their own ways. They also illustrate other traits that standout animations have, like being different.

2. Dare to Be Different

Daring to be different almost instantly separates you from the crowd.

They sport the same old weight exercises from school, the same sound clips heard 2,792 times with a character doing nothing but muppeting a line.

It can be very comfortable to do what all the other student animators are doing. It gives you a guide to follow. A clear path.

But it also makes you just part of the pile called – everyone else.

Doesn’t that kind of go against the very nature of standing–out?

Stephen Vyas has been achieving just that with these intense fighting GIFs for a while now:

As far as I can remember, nobody else has ever used a gif to showcase their animation before. The animation gets in your face immediately. BAM! look at this!

And of course this works because the fighting cycles themselves are different. They aren’t typical at all. Several fighters in a endless loop of beautifully flowing furry.

A lot of aspiring animators feel diversity is bad.

They believe if their reel isn’t super tailored to have only Pixar style acting / scenes / characters – Pixar will reject them.

But it’s actually more likely that the opposite is true.

What if you watched an animation reel and it had these 3 shots:

Assuming it was all done well – wouldn’t you feel like this animator is unstoppable?

I’d believe they could handle whatever is thrown at them.

You’re generally left with a feeling of ‘This guy can handle anything’. Is it a surprise he’s at Disney now?

Thomas Grummt got into Dreamworks showcasing great variety as well. An emotionally cute monologue, an amusing pantomime, an ape like human, 3 horse shots, and a dialogue.

This ties back to what was touched on about diversity.

Those are iconic characters that have defined those studios. They know them better than you, and they’ve animated them better too.

This just puts you in a losing battle, being compared to the best.

Imagine sending a Tarzan animation and being compared against Glen Keane – Ouch.

Instead, create your own character that’s in the spirit of what your dream studio does everyday.

For example, rather than animating a character exactly like Toothless from How to Train Your Dragon – animate a different looking dragon with a different personality you created. This way, you’ll be far less likely to come up short because it’s not a direct comparison

Although, the comparison will still be close enough for the studio to relate and say “wow – she does exactly what we do, she’s a perfect fit!”

To really leverage this to greatest effect try to anticipate their movie schedule upfront. If Pixar announced Ratatouille 2 for 2019 – you’d be really clever to animate a rat or chef piece in advance.

The same applies to Game and VFX studios. Anticipate what they have coming and if you can’t find out, model after one of their recent projects.

So put at least two shots on your reel that reflect the type of animation they do everyday.

Do you feel like their art has had a massive impact on the world?!

Now, if one of them, say, Stephen King was writing a new book, do you think he would write it like J.K Rowling or George R.R. Martin?!

All 3 of these writers use their own voices, they draw upon their own experiences, and they share their own personal hopes/ fears / dreams inside their creations.

That is why they are uniquely creative.

That is why they are massively successful.

And the same goes for any artist – any animator.

If your reel doesn’t stand out right now – it’s because you aren’t using your own voice. You’re not showing the world something they haven’t seen before – your story.

Naturally, this goes hand in hand with being different, entertaining, and diverse.

“Sure, just sit down, expect creative genius to fall from the sky and simply bare my soul for the world. Piece of cake right?! “

That’s why most students shy away from it.

Remember when I talked about most reels being a rip off? This is part of the reason.

No, your creativity muscles are simply weak from inactivity.

Step 1 for whipping those muscles into shape is planning better.

Decide to take the proper time to plan.

Go deeper into the rabbit hole than you ever have and if you don’t feel uncomfortable you haven’t pushed far enough yet.

Maybe this isn’t the sexy magic switch you were hoping to flip, but this is the hard work that makes a stand out reel actually possible.

This shot of Vlad by Aaron Hartline is a fantastic example of great planning and the creativity that pours through because of it. For a full detailed breakdown of this go to www.animatedspirit.com

Camilo Vanegas kills with cuteness, as a baby tiger plays with a humming bird. It could have been just another creature walk cycle but he created a story. Obviously, you have to think outside the box to arrive at an idea like that.

Agnes Podolecka’s animations have always been in the back of my mind ever since we went to school together. The most notable pieces, personally, are the cat chasing stars, and the hungry mother. Such an amazingly powerful empathetic moment. Only a handful of times have I seen sadness pulled off well.

At this point we’ve really dug deep to reverse engineer what makes reels unique. All the examples, all the mindset shifts, should really have your wheels turning.

The next time you see an AMAZING animation reel, you’ll have 2 options:

What path will you choose?

Will you make changes to standout right now?

Don’t give up before you’ve begun. Rise to the challenge!

How will you Stand Out?