As you know, my film LIFT UP is finally finished(!) Now what’s next?

The natural next step for most filmmakers upon finishing a film is submitting it to festivals. I’ll talk about festival submission on a future post, but first I want to cover the main ingredient you’ll need beforehand – a press kit.

In this post I’ll show you how to make a press kit for your short film, and even give away my own template that I used to make the press kit for LIFT UP.

What is a press kit?

A press kit is the official document representing your film, which would be sent to, well, the press (or any institute interested in featuring or presenting your film). In the old days, you would have to print a physical copy, and some still do that today, but the majority or festivals would be fine with a digital press kit. Of course, that does not mean it shouldn’t be well designed and attractive.

The structure of a press kit

Before I go into the specific structure, I want to stress that there isn’t one correct way to make a press kit. There are a few essentials, but some elements could vary. I included what I found, after researching press kits for different films, to be the important and most common ingredients. I’ll also include some parts that I didn’t use but might be helpful to others. 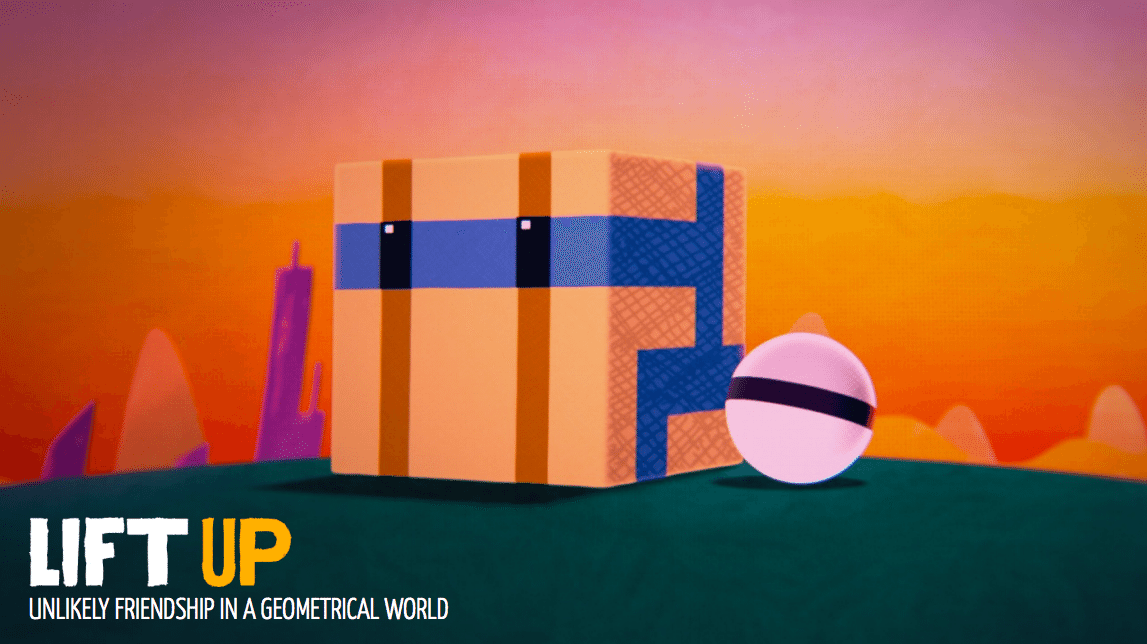 Your cover is the first thing people see, so you want to make a good first impression. Use the best photo you have, maybe even the poster for the film if you have one. On the photo you should have the name of the movie and the tagline. You can also add something like “A film by…” but you don’t have to.

Is it recommended to have a table of contents, unless your press kit is very lean. If you can add links from that table to the appropriate pages that’s even better.

In here you would write the most basic information such as the director’s name and any technical information, like the software you used or what camera and export format you’re using (for live action). Not mandatory, but some people put it in.

In this section you write about the idea behind the film. Why did you make it? What inspired you? Maybe a bit about the process or the obstacles you’ve encountered. This is more about what’s behind the film rather than the film itself.

Bio (about the director)

The director’s personal biography. Including a photo is recommended.

This is a popular feature in press kits, though I didn’t have one. This is your personal statement about why you made this film or why you make films in general. Your personal message to the world. I didn’t find it important for such a short film.

If you have any actors (or with animated films – voice actors) you would write a short bio about the main cast in this section.

If your film has already been  screened (in theaters or festivals) you might already have some reviews you’d like to include. If you won any awards you can list them in this section as well.

This is a cool section many people overlook. In here you can come up with questions you think people might have about your film and answer them. This is a great way to push information that you want people to know about your film. Cool little fun-facts even.

In my kit, for example, I asked questions like “Why only use a ball and a cube as the main characters” or “How long did it take to make the film?”. Get creative.

If you have some interesting production anecdotes, you might want to include them in the press kit. This might be something that happened during production which caused a huge crisis and how you overcame it.

A list of the people who worked on the film, and their positions.

It’s important to include production stills (still frames from the film or from the making-of). In my case I decided to spread them throughout the kit, having one still between each section, but you can have them all one after another at the end.

The order does not have to be exactly as listed before, except for the first 6, which are usually in that order (you don’t wanna write about yourself before giving a synopsis of your film).

How to make a press kit (technically)

A press kit is basically a PDF, so any kind of document creating software should work. There are many programs you can use to create a press kit, and you can choose the one you’re comfortable with, as long as it can export a PDF. The exported PDF will be the final press kit that will be uploaded to your website, and sent to festivals.

Examples of programs you can use:

I used Pages. After trying inDesign, which is specially built for stuff like that, I found Pages to be so much more intuitive and simple to use and the result was great, so I went with it.

I wanted to make it easy for you, and as a part of sharing the making of the film with you, I’ve created a Press Kit Template based on my own press kit, and you can download it for free. Enjoy!