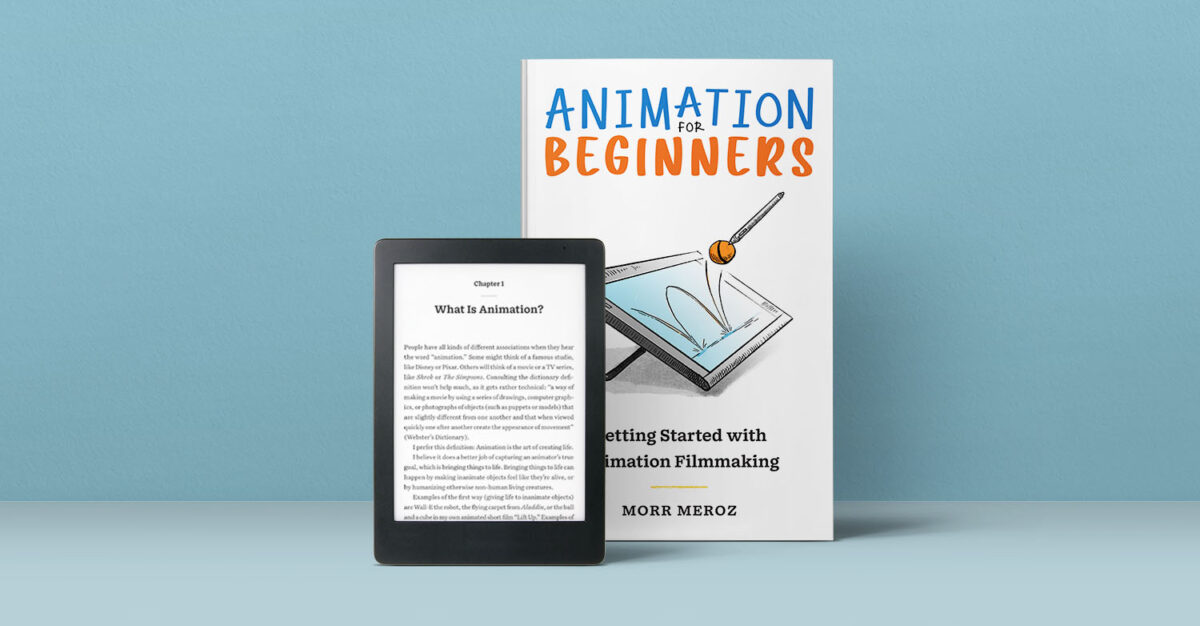 I wrote Animation for Beginners In 2014, shortly after graduating from SVA. That was the same year I launched a YouTube channel named Bloop Animation, which turned into the Bloop Animation learning platform.

The book, until very recently, was sold on the Bloop Animation website only, and was included with the Master and All-Access Packages of our courses. But a lot about that book has now been changed, and I wanted to tell you how and why.

The short version is – I’ve republishing the book in a brand new edition which is twice as long, more than twice as awesome, and available for the first time in both paperback and ebook formats on most popular platforms.

But I’ll get to that in a minute. Let’s go back to that first version of the book.

Back in 2014, Animation for Beginners was a very different book…

The original idea was to create the book I would have liked to read before starting my animation journey. Everything I learned from the perspective of a recent animation grad who has made two animated shorts.

And that book did just that.

It was a great resource for readers who wanted to know more about the process of learning and working in animation.

The second edition of this book, the one that’s available right now, aims to achieve the same goals, but expand on them.

The new version is double the size of the first edition.

Almost every chapter has been completely re-written, and many new chapters have been added.

The book now covers the process of making an animated short in greater detail, based on my experience of making three animated short films, including my film “Tasteful,” which was created by a team of 15 artists besides myself.

In general, I’ve been able to add what I’ve learned in the eight years that passed since the publication of the first edition, focusing on what keeps me motivated and the importance of creating.

So what exactly does the book cover?

There’s a lot that’s covered in this book, but a few notable topics are:

And a lot more…

Who’s this book for?

This book is for anyone who ever wanted to get into the world of animation.

You may be a high school student trying to decide if animation is for you, or a college student looking for new direction. You might be a working professional who always had a strong passion for filmmaking and animation and are looking for a change or a new hobby.

If you are curious about what’s it like being an animator, this book is for you.