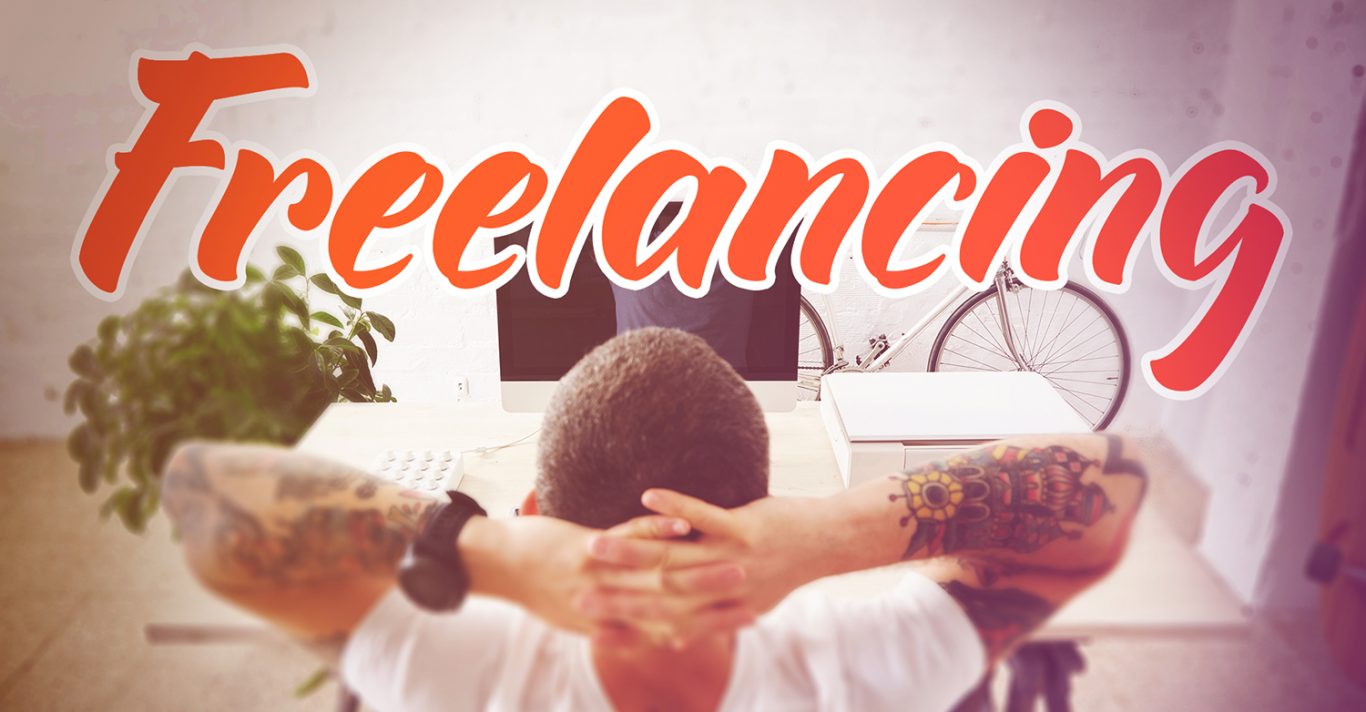 Life as a freelancer (of any kind) can be tough.

It’s based around the idea of waiting for someone to choose you. Pick you. Almost all artists experience that reality.

Think of actors. Their whole world is based around waiting for someone to pick them. Yes, you can go to more and more auditions, but it essentially boils down to hoping another person decides you are worthy of work.

In other words – you are dependent on another person’s feelings and will to work with you. You very little control of the situation.

Another issue is depending on other people’s success. I remember when I was a freelance animator, even when a studio loved my work and wanted to work with me, I would still be dependent on them booking a project before they can book me.

Not only was I waiting on people to pick me, I also waited for someone else to pick them!

You have no control because you have no power to influence people to hire you, other than being good at what you do. Being good at what you do isn’t special, though. It’s taken for granted. So you just sit around and wait for something to happen to someone else – a studio, a director, a company – that will cause them to need you. And then they MIGHT pick you.

You’re not doing something

The reason it makes us feel like we’re doing something (when in fact we’re not) is that as freelancers we’ve learned to live with the reality that sometimes we get booked and sometimes we don’t.

Waiting for a call is part of the process.

You could be working for 5 months straight, and then not have anything for 2 months. That’s just how it is.

Waiting became part of the profession of being a freelancer, and that is why we start believing that we are doing something while we wait for people to respond after sending applications and resumes.

“I’ve sent all the emails I could.”

“I let all the studios know that I’m available.”

“I went to all the auditions I could go on.”

What could we do instead?

My approach to this situation is try to gain as much control over my future as possible. Create something that is my OWN.

In my case it was Bloop, and the short films I’ve been making. Later on is was a book. Then our courses. Doesn’t matter what it is, as long as it’s yours.

That feeling of managing your own project will get the feeling of control back into your life and help deal with those times in between work.

It will also help deal with rejection.

I got rejected by Pixar, among other studios. Dealing with that kind of rejection would have been a lot harder, if I didn’t have my own thing going on at the time.

Knowing there is something you are doing that no one can take away from you. A thing that you own and have full control of, can change your whole perspective.

I call it Not putting all your eggs in one happiness basket OR – Not having your self esteem and happiness rely on one thing only.

It’s this inner power you get. An internal wink between you and yourself, saying “No matter what happens, I have this thing. I made it and it’s mine.”

They wanted to take control over their future’s success. As actors there was very little they could do, so they changed their titles. They decided to step out of the “actor” slot and become “writers” for a while.

They wrote a film for themselves, instead of waiting for someone else to call them. They changed their roles, switching between writers, producers, fund raisers, and actors.

They made up their own success.

How powerful is that?

That is what I tried doing with Bloop. I made a movie for me to animate. I produced it, wrote it, directed it, and almost everything else. For my third film I was able to get a team to work with me, so I can do a little less of everything and take things to the next level.

I change my title everyday. Animator, director, writer, online marketer, blogger, teacher, consultant, producer, freelancer, and whatever I can think of to take control of my future.

Can you imagine how different things would be if I sat at home and simply called myself an animator?

Today, I don’t care if someone doesn’t pick me. I picked myself a while ago. I suggest you try it as well. What can you change in your title to take back control?