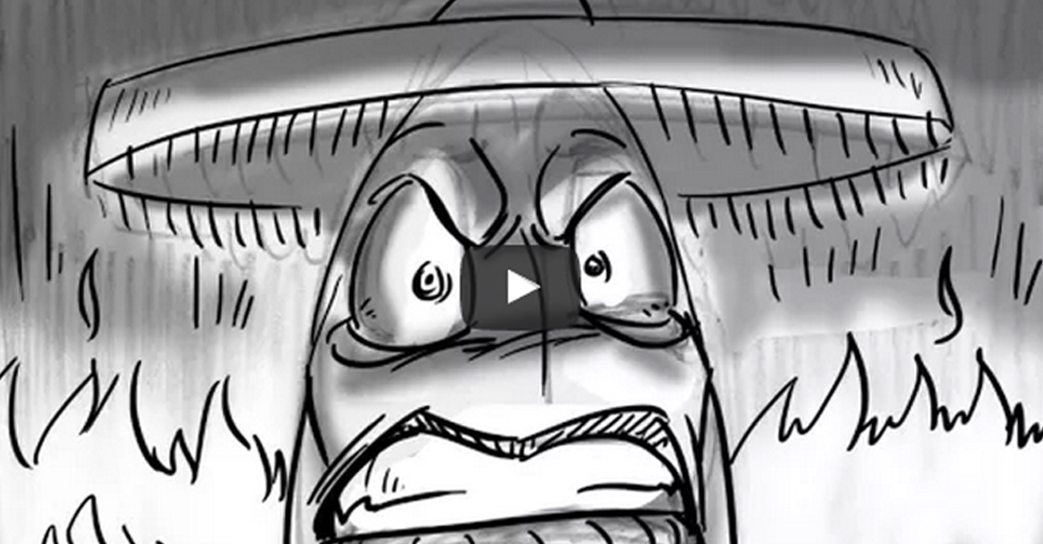 Not only did we pick the final name for the film, we actually released the animatic this week for everyone to watch.

If you’ve been following this blog for a while, you know that I share ALL the progress of the production process with as much transparency as possible. This might have left some people scratching their head wondering why am I giving away all the details, including spoiling (in a way) the story of the film, before its release?

Won’t people try to copy the film’s idea? Why would anyone want to watch it if they already know the story?

My mission with Bloop was always to share the making of animation filmmaking with as many people as possible, in hope to inspire others to make films, animate, or pursue any form of creative outlet. This mission is more important to me than trying to create secrecy around my work.

In this post not only will I share the full animatic, but also a 30 minute video of a conference call with the whole team giving their critique of the story, while they watch the animatic for the first time.

So without further ado, here is the animatic for Tasteful.

Watch the team share their opinion of the animatic: