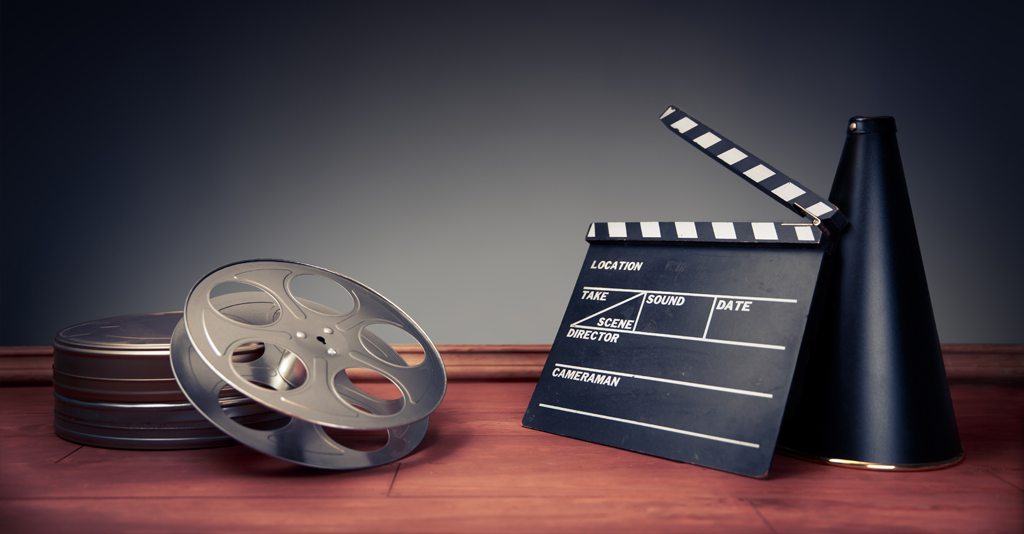 Welcome to our curated list of the best animation documentaries. This lists consists of what I consider to be the most educational and inspirational films about the animation industry and its people. From Disney in the West to Studio Ghibli in the east. Enjoy! 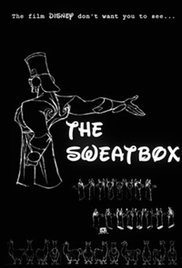 One of the most eye-opening documentaries about the inner-workings of Disney (at least for the timeframe of late 199os - early 2000). This film was not officially released by Disney (and you'll understand why if you keep reading), though it is available to watch on different websites that got a hold of it. The release is very rough, and you can still see the timecode on the actual video, but trust me - it is worth watching. You will never get such a close look at a the dysfunctional behavior of a studio again.

The film starts as a run-of-the-mill documentary of making a film (Kingdom of the sun, later renamed The Emperor's New Groove) but about halfway through things go very wrong. The executives don't like where the film is heading and they want to make some changes. This is not an unusual thing in filmmaking (as many of the artists in the film testify) but with this film, it went too far. The story keeps changing. They replace some of the lead voice actors. The sound designer quits. The director itself is replaced (the same one who directed Lion King), and Sting, who we watch through the entire documentary writing and rewriting songs, is told that his songs are no longer needed, and instead they just need an opening number and another one for the end. Oh, and did I mention Sting's wife is the director of the documentary Awful.

Watching this disaster unfolds is quite upsetting and definitely fascinating. It is very clear why Disney didn't want people to see this documentary (and the studio has changed a lot since those days), but getting the golden opportunity to see how the sausage is made, warts and all, makes it one of the best animation documentaries on our list. If it helps, I think The Emperor's New Groove ended up being a pretty awesome movie. 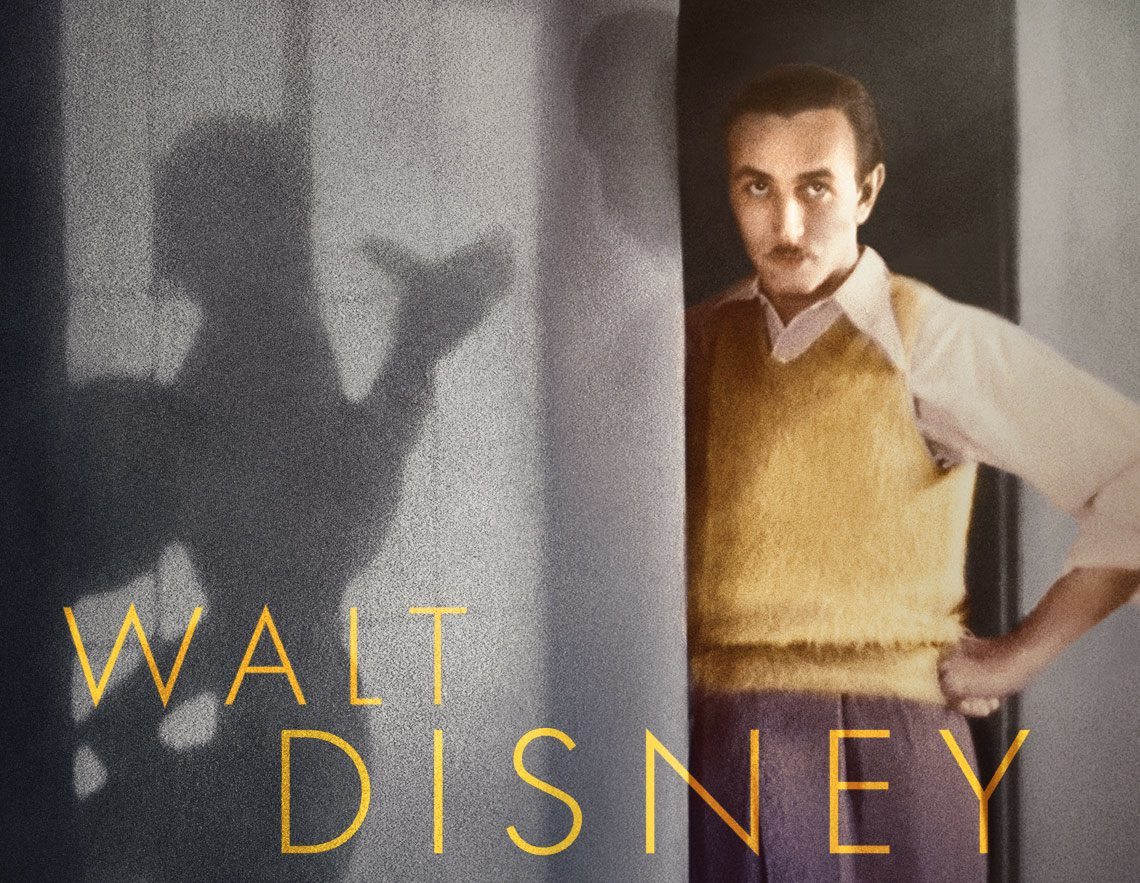 While not technically a film, this two-part PBS documentary series tells the story of Walt Disney. Through the troubled beginnings of running a small team from a garage with his brother, to the animators strike that caused one of his lead artists to walk away with a few people to start a competing studio.

This series does not try to glorify Disney, but paints a very real picture of the kind of leader he was. Sometimes ruthless, sometimes very much loved by his employees.

If you're interested in the personal story of the founding of the biggest animation studio in history, this series is highly recommended. 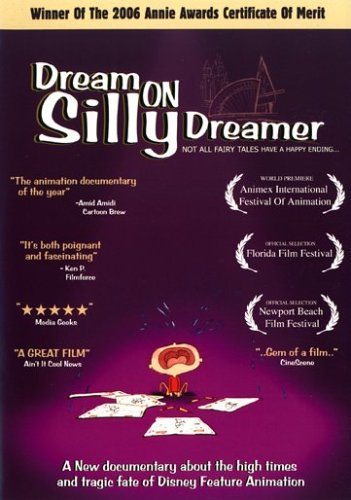 This film was independently produced by two Disney effects animators Dan Lund and Tony West, and it tells the story of the last decade before Disney shut down their 2D department.

The film kinda looks like a family home-movie, with a rather low production value, but the reason it made this list is that it features some great personal stories of 2D animation artists as Disney goes through the big shift to 3D, and let them go.

One of the most interesting things in this film is hearing the artists talk about 3D (which was just getting started at that time) as if it could never replace 2D, and would never be as good in conveying emotion. Near the end of the film one of the animators says "It's not the same, doing it on a computer". I found it fascinating that this is how people saw 3D in its first years. Obviously today we know just how emotional 3D movies can get, but hearing these frustrated artists who were just fired talk about their artistry as it's being  tossed aside is heartbreaking and educational. 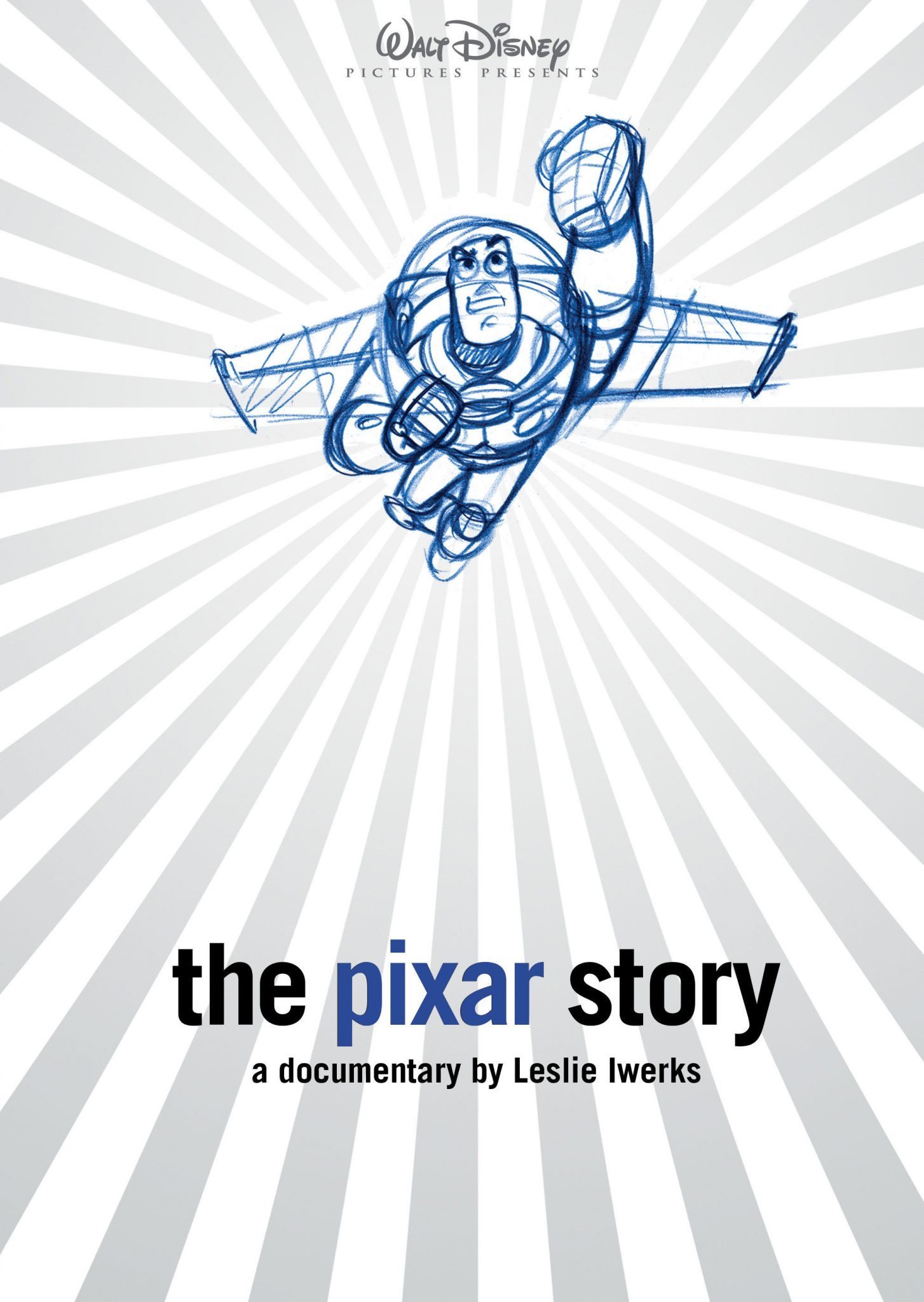 This film tells the entire story of the founding of Pixar. From its humble beginnings as a small department at Lucas Films, to its merger with the Walt Disney studios.

As a Pixar fan-boy, this is one of my personal favorite animation documentaries. I watched it multiple times, and was always inspired by the studio's story. It's fascinating to learn how much struggle was involved on their way to success, even after making the first few films. If you are at all interested in the animation industry, this film is a must-watch.

If you're in a hurry, we have a short 12-minute video summarizing the story behind Pixar. 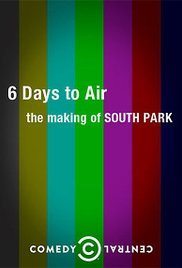 6 Days to Air: The Making of South Park | Arthur Bradford

This 40 minutes documentary follows the team behind South Park (led be Trey Parker and Matt Stone) as they produce an entire episode from scratch within 6 days.

As a long time super-fan of this show I was fascinated with the intense process behind the making of each episode. In order for the show to stay relevant, the South Park team has only 6 days to produce each episode, often finishing the final cut a few hours before it goes on the air. Watching the people go through this gruesome process, including some great moments with Trey as he struggles to bring the story together, is one of the most educational experiences you can go through as an aspiring filmmaker. 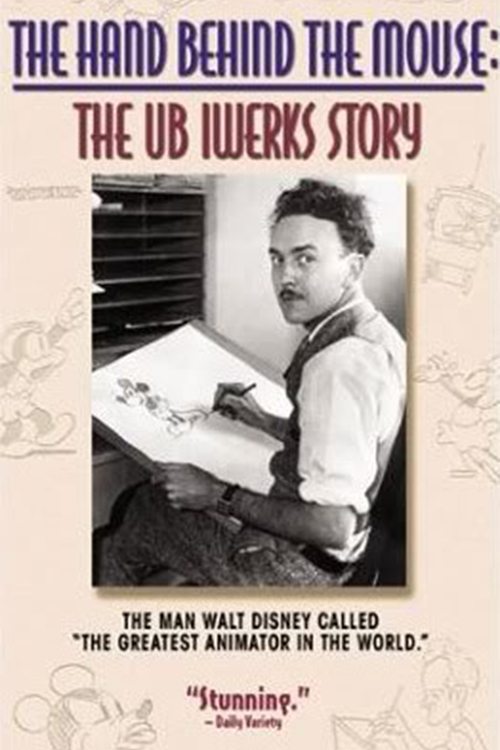 The Hand Behind the Mouse: The Ub Iwerks Story | Leslie Iwerks

This film tells a story few of us know, about the origins of not only Mickey Mouse, but some of the most common visual effects and look in both animation and live action through the previous century.

Ub Iwerks was Walt Disney's most trusted ally and partner (second only to Roy), the artist who designed Mickey Mouse, and animated some of the most known shorts they produced when they started out.

Later on, Ub would be the brain behind the multi-plane camera, matte keying (background replacement) and much more innovation in the industry.

This is a fascinating look into the early years of Disney, watching how the two started out with a small little advertising shop nobody cared about, all the way to creating the most iconic pieces in film history. 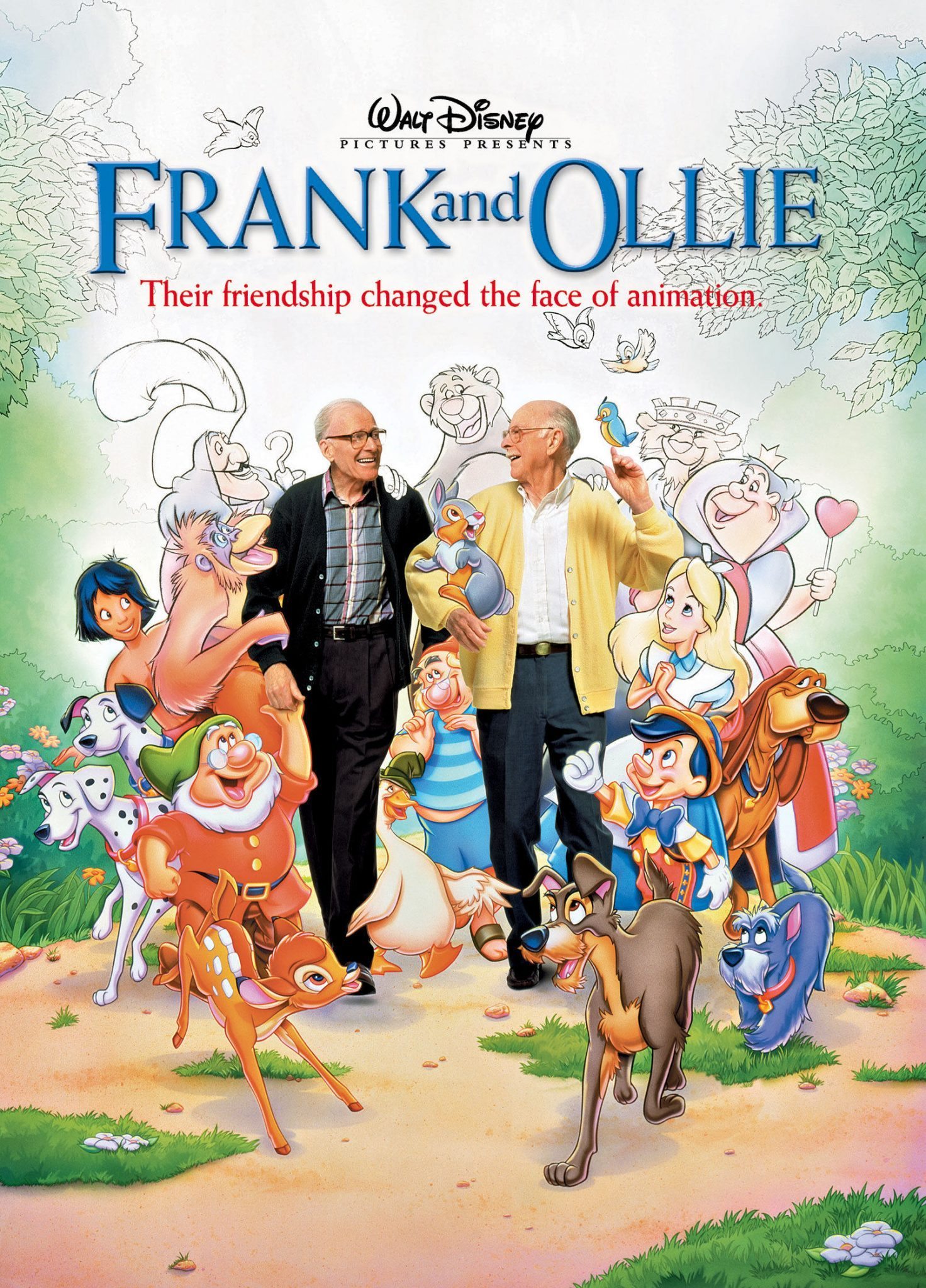 The two were best friends since college and had been inseparable throughout their career at Disney, making each other better animators as they went along. This film covers their relationship more than their animation techniques, and while it's perhaps not as exciting as some of the other films on this list, old-time Disney fans would sure enjoy the sneak-peak into the lives of the two animation legends. 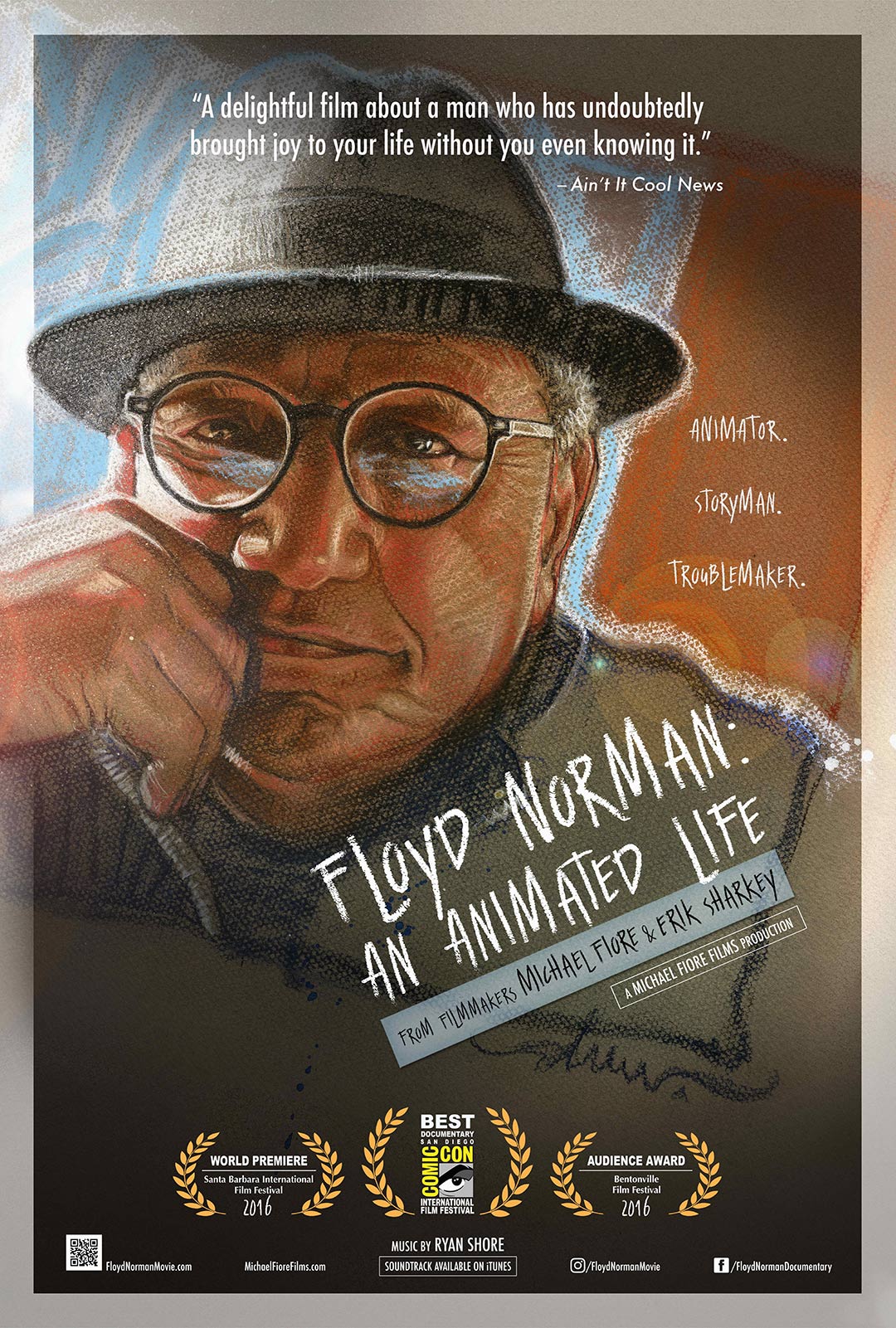 This documentary tells the story of Disney's first African-American animator through a tumultuous career, which includes numerous times of being let-go, as well as being awarded a Disney Legend.

The film has a slow start, and frankly doesn't get too exciting at any point, but that's because it tells a rather positive story, which despite having some difficult moments still, at the end of the day, depicts a happy and successful artist who was fortunate enough to be around during the most exciting times of animation, from working on The Jungle Book all the way to helping Pixar out on their first few years.

Even if the personal story of Floyd doesn't interests you personally, any animation fan would still enjoy getting an insider's look into what a career of one of best animators in Disney's history looked like. 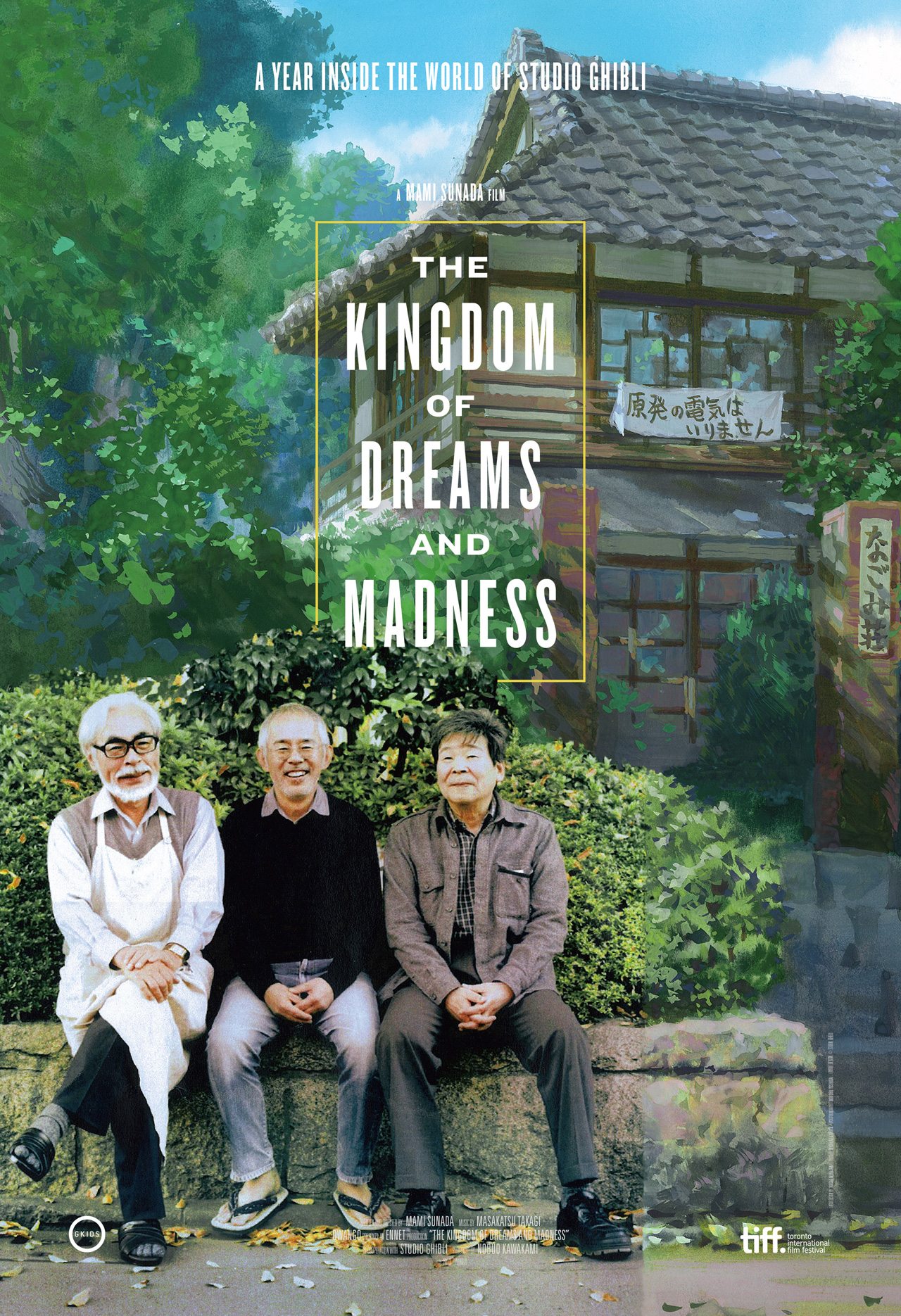 The Kingdom of Dreams and Madness | Mami Sunada

Welcome to Studio Ghibli. This documentary stands out from the rest of the ones on our list, being a much slower and less focused documentary. Long shots of scenery, many moments of quiet and contemplation, and obviously, it's in Japanese.

All these things might make this film a more challenging viewing experience, but if you're a Ghibli fan, or interested in eastern culture and the way a Japanese animation studio works - don't let these things stop you from watching.

The film follows the story or Hayao Miyazaki in the last year of production of his last film The Wind Rises, following with his retirement announcement. It's a rare treat to get a glimpse into the life of such an iconic filmmaker, responsible for some of the best animated films ever made. I was also fascinated learning about Japanese work culture and their way of life. A slow-paced film, but inspiring no less.

Want to learn more about the animation industry? Read our detailed guide about the history behind the best animation production studios.